Beautiful day at Hayward Field ((Hayward Field, in Eugene, Oregon, is one of the best-known historic track and field stadiums in the United States. Nearly a century in age, it was the on-campus home of the University of Oregon’s football team from 1919 through 1966, and has been the home to the Ducks’ track and field teams since 1921. Hayward Field was named after track coach Bill Hayward, who ran the Ducks’ program from 1904 to 1947. “Hayward Field.” Wikipedia. 30 December 2014.)), world-class athletes pushing the boundaries of human endurance. 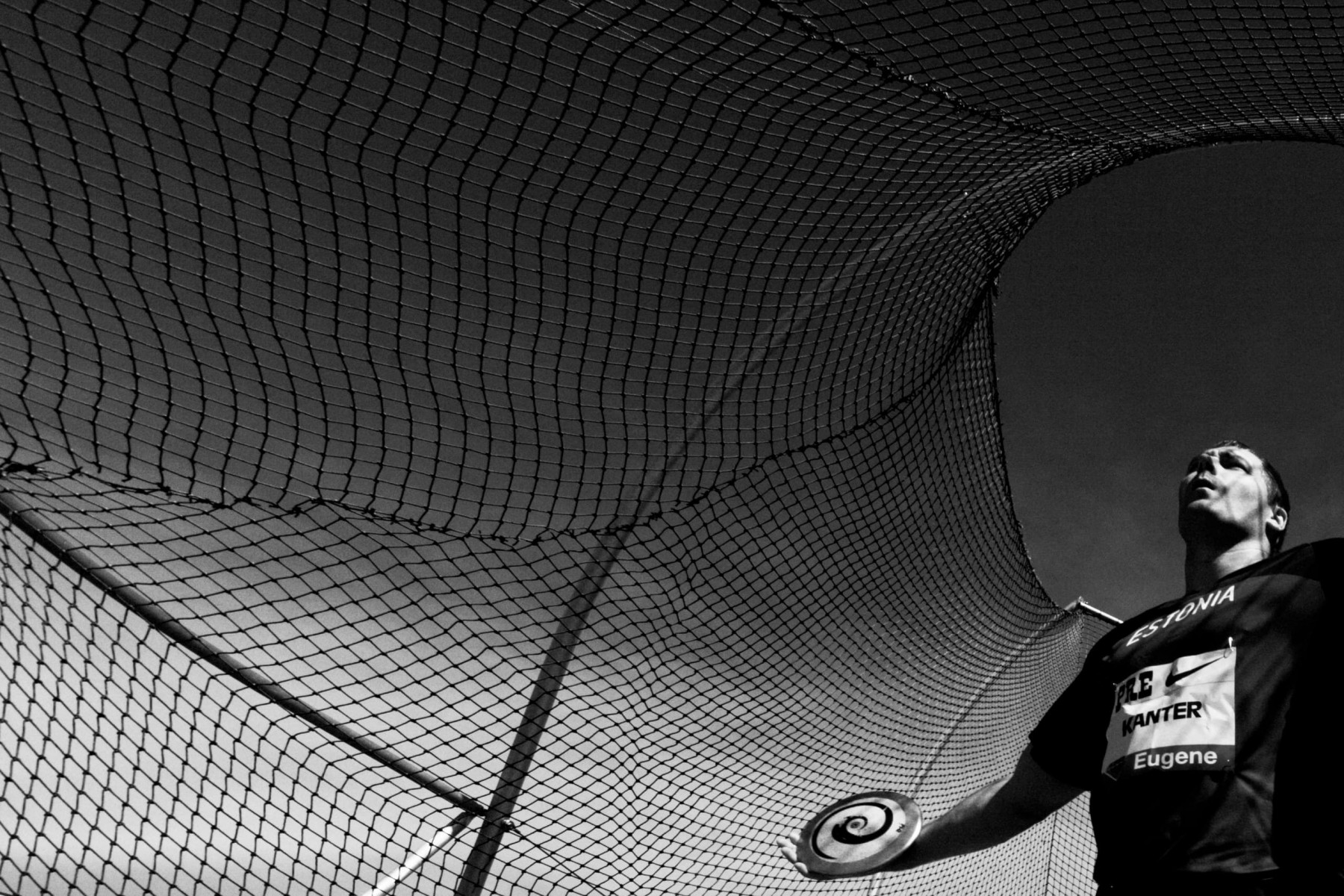 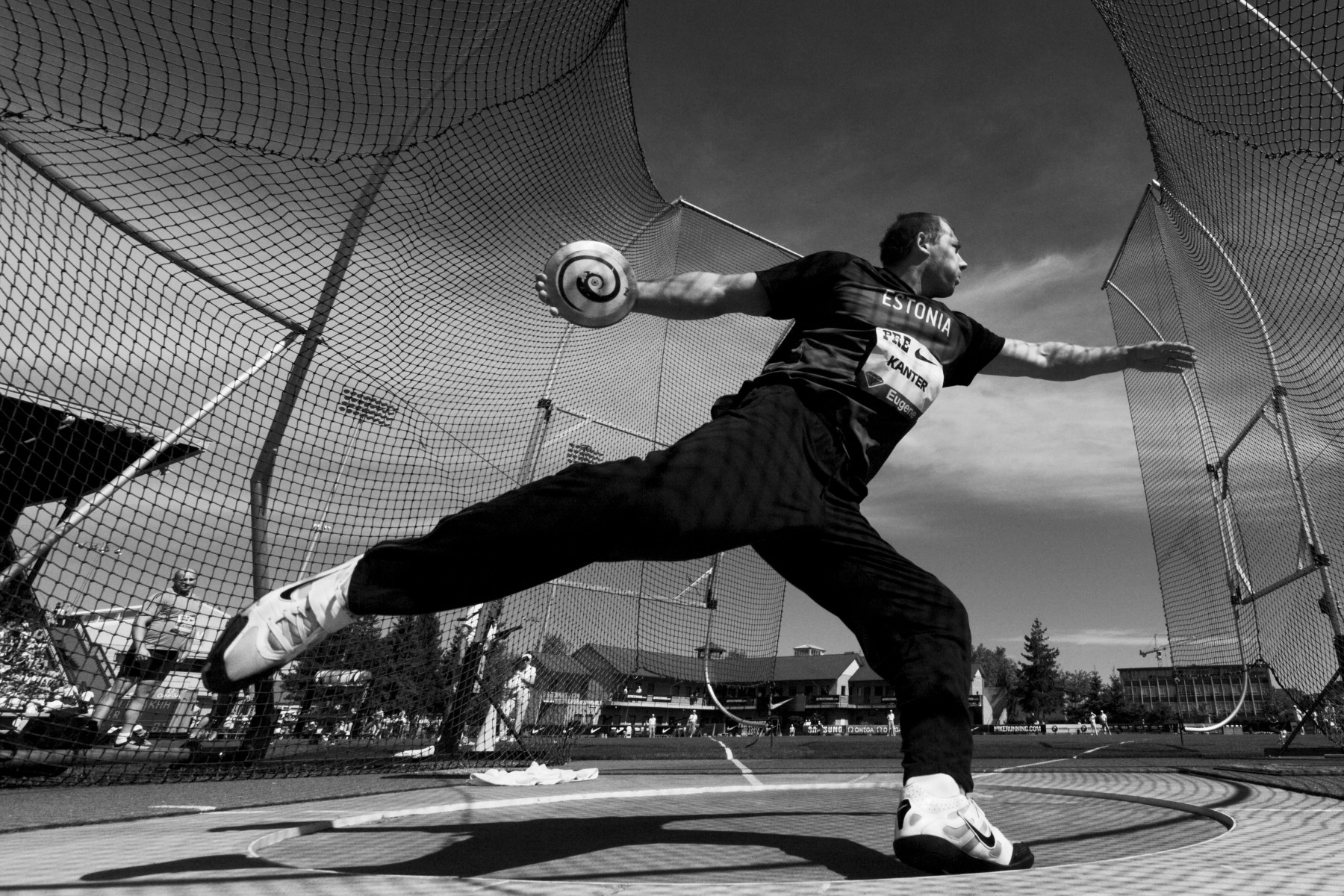 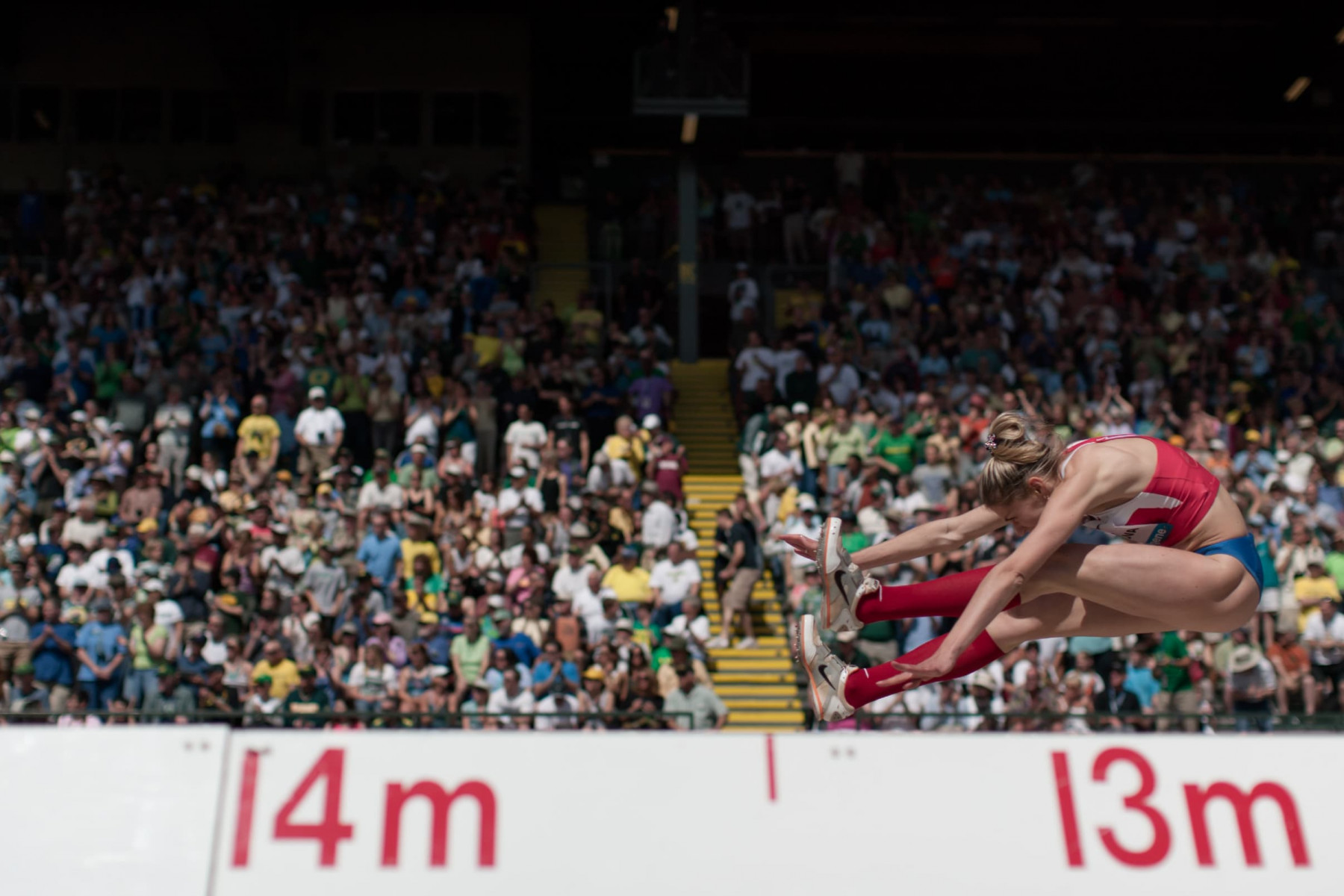 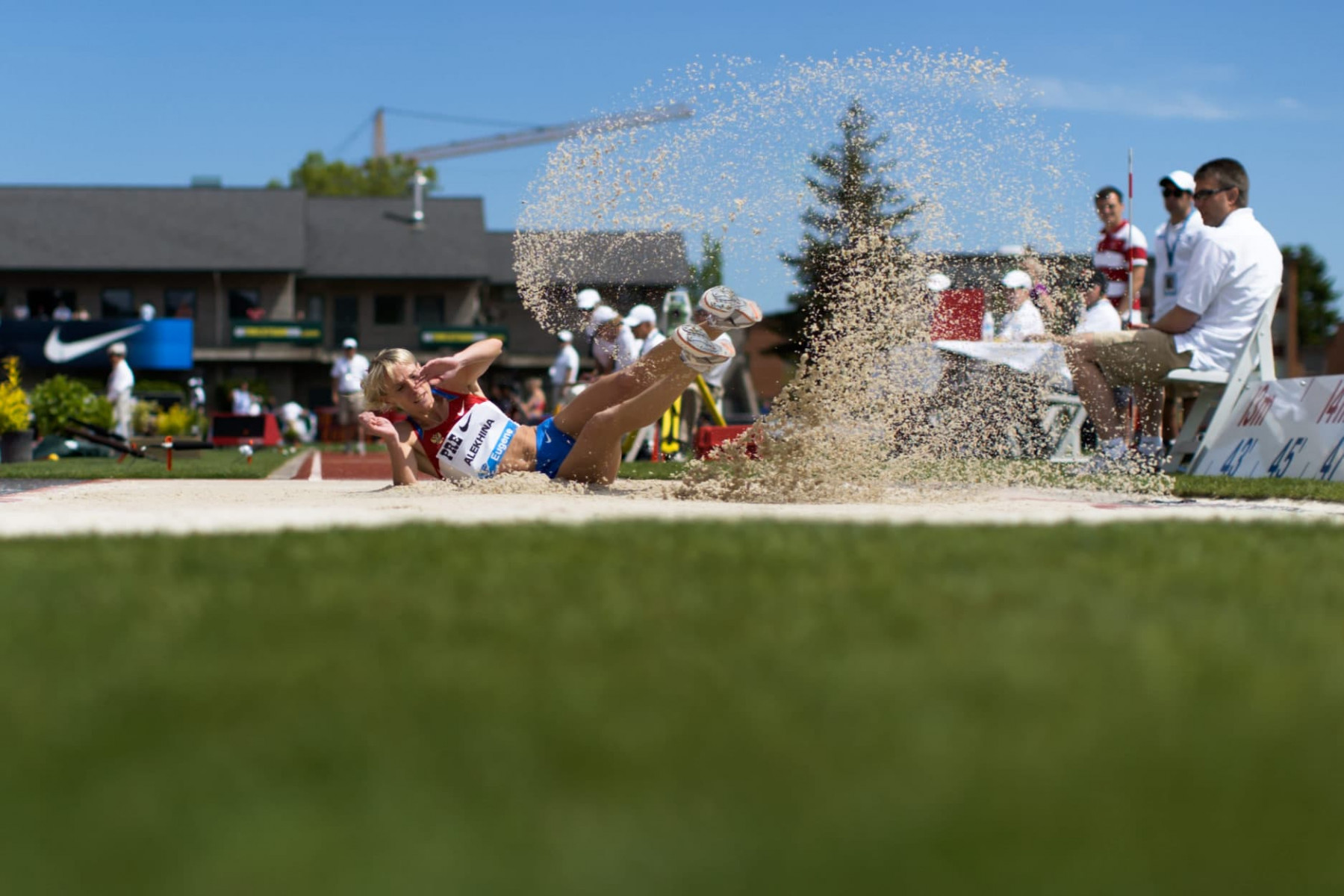 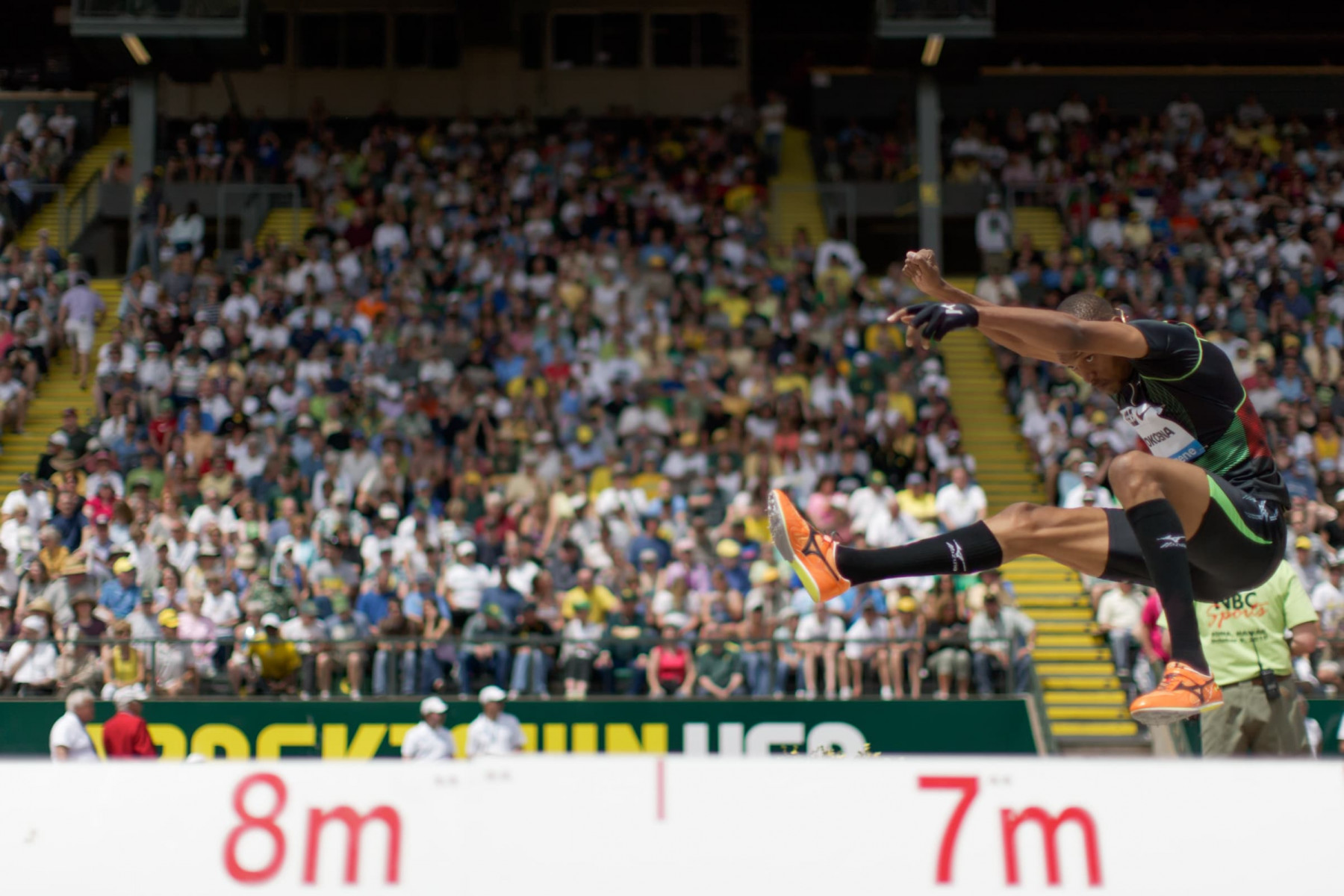 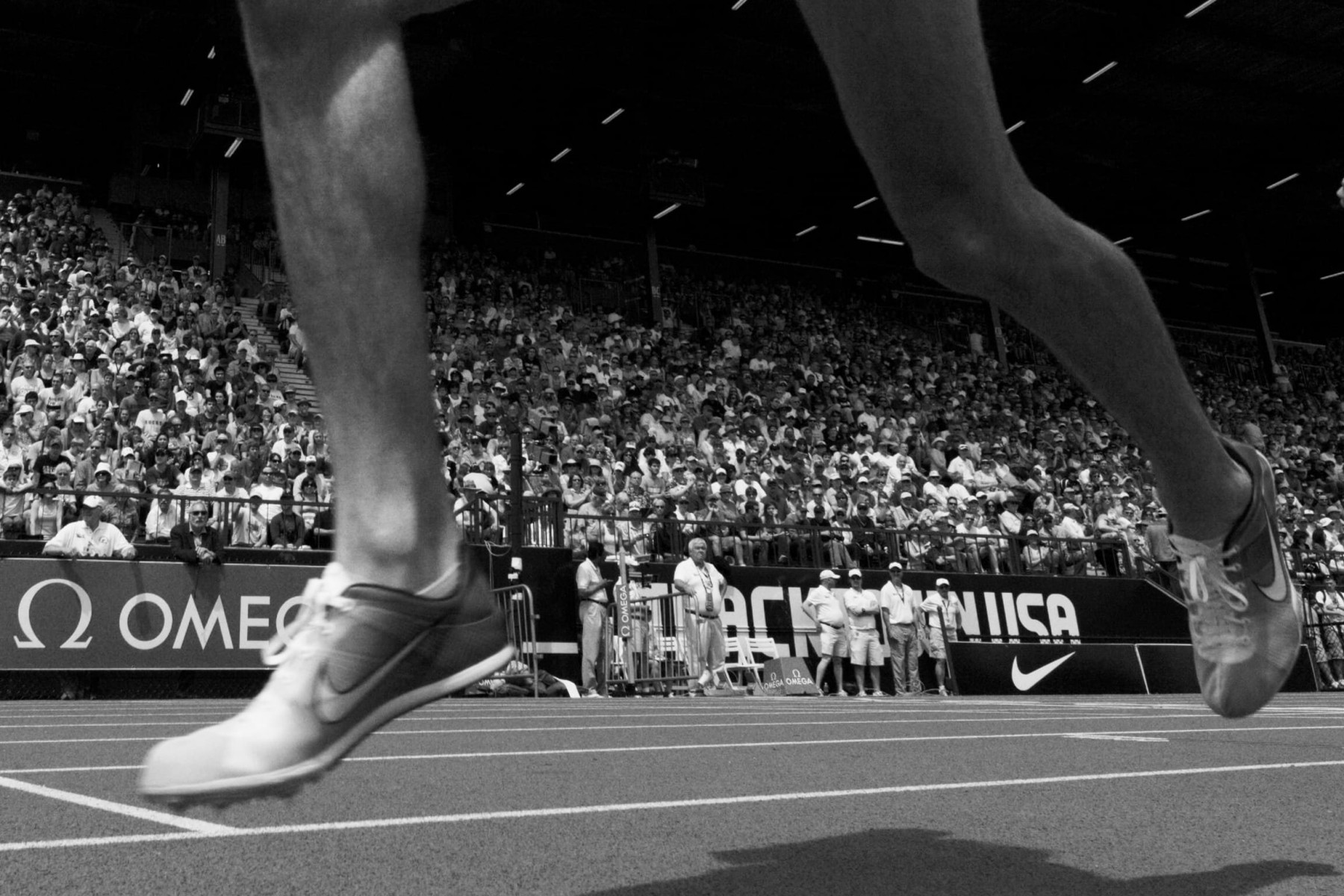 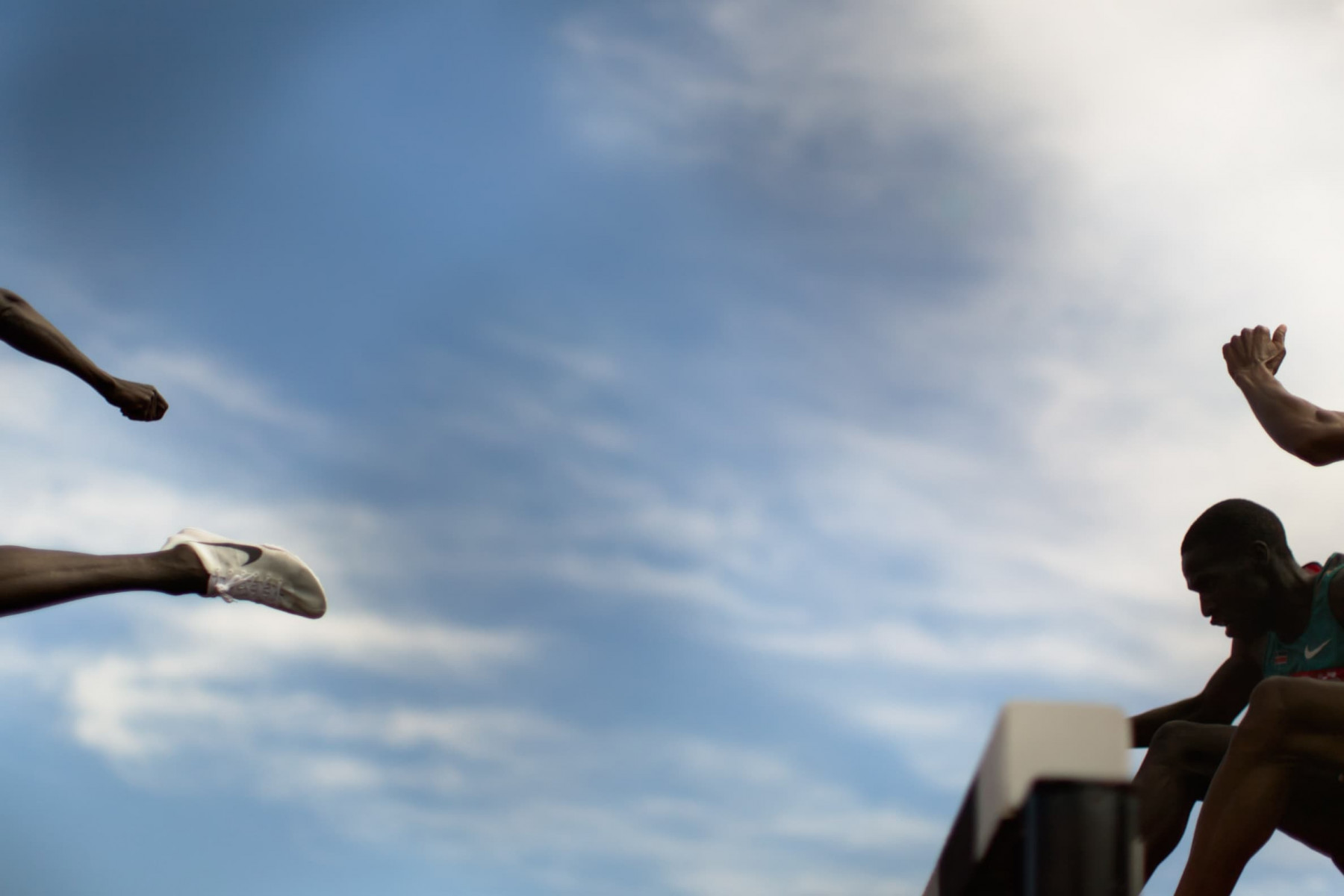 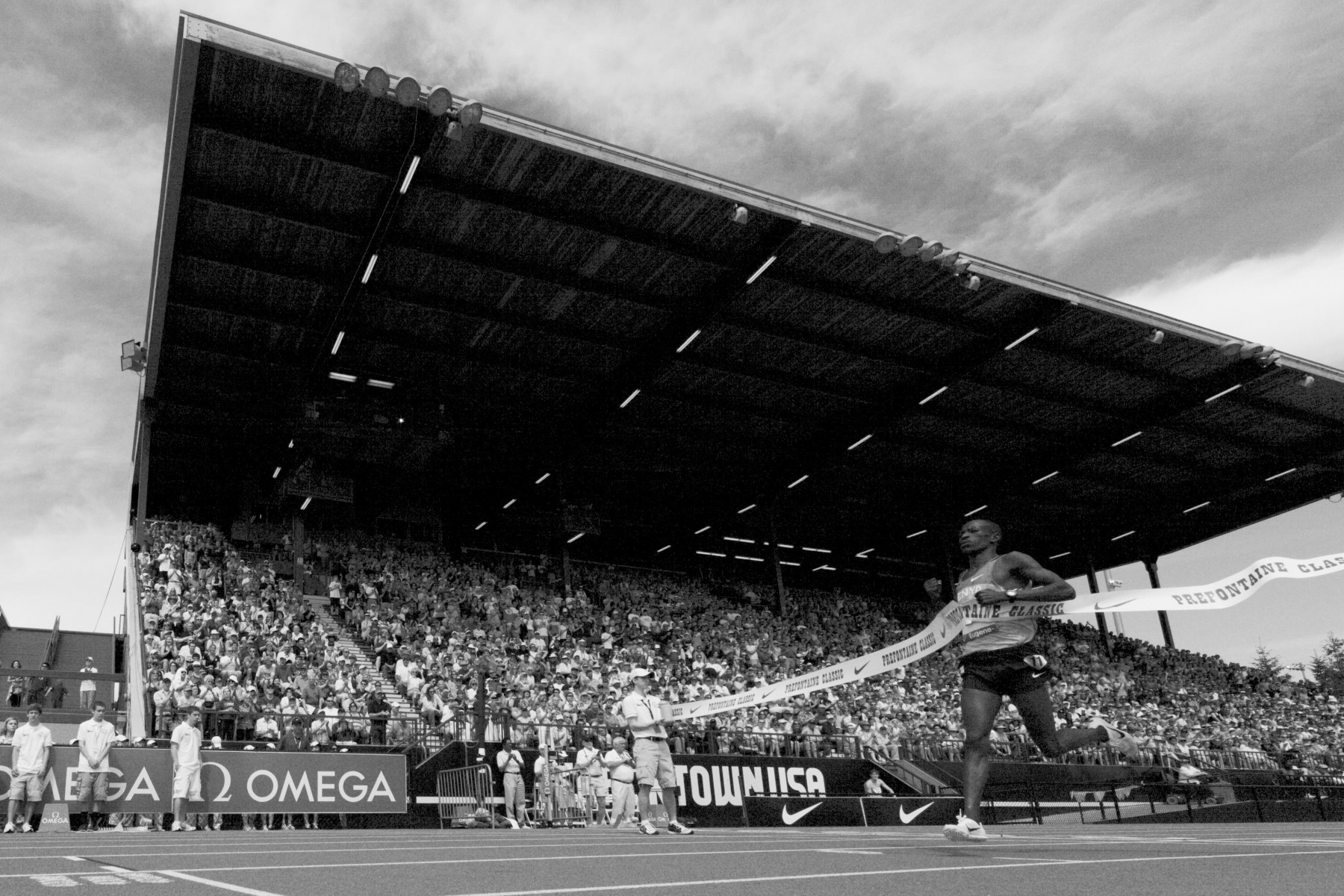 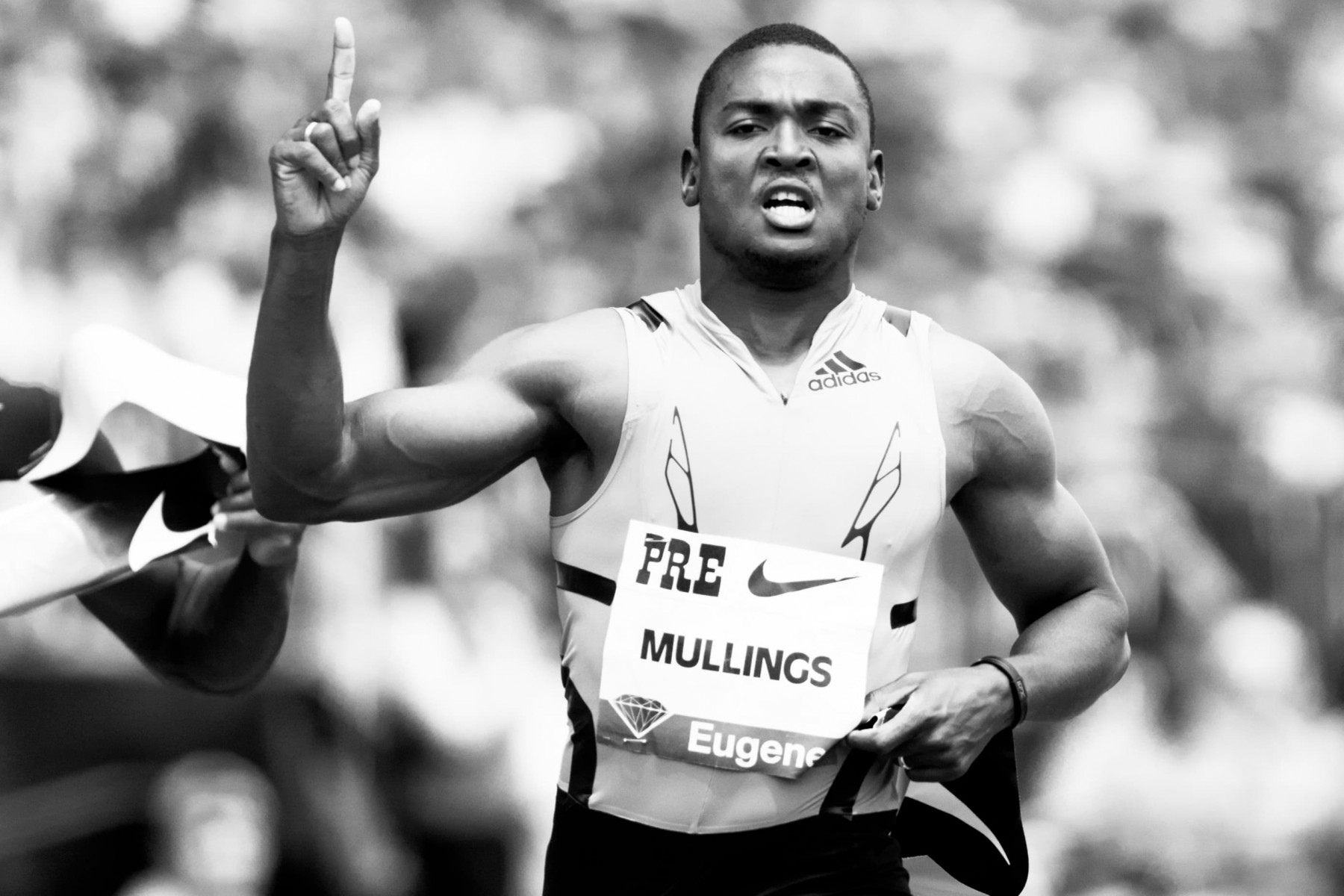 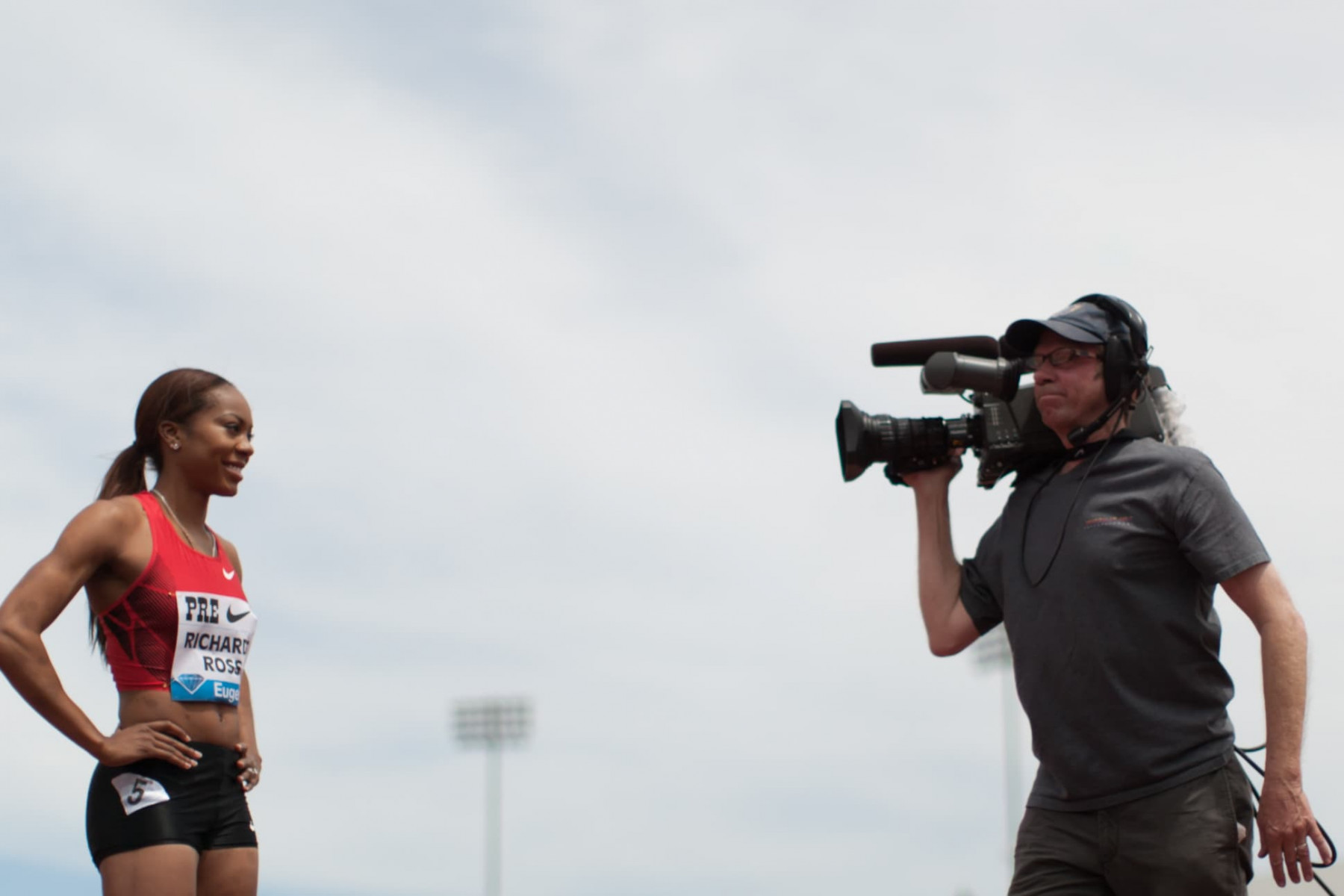 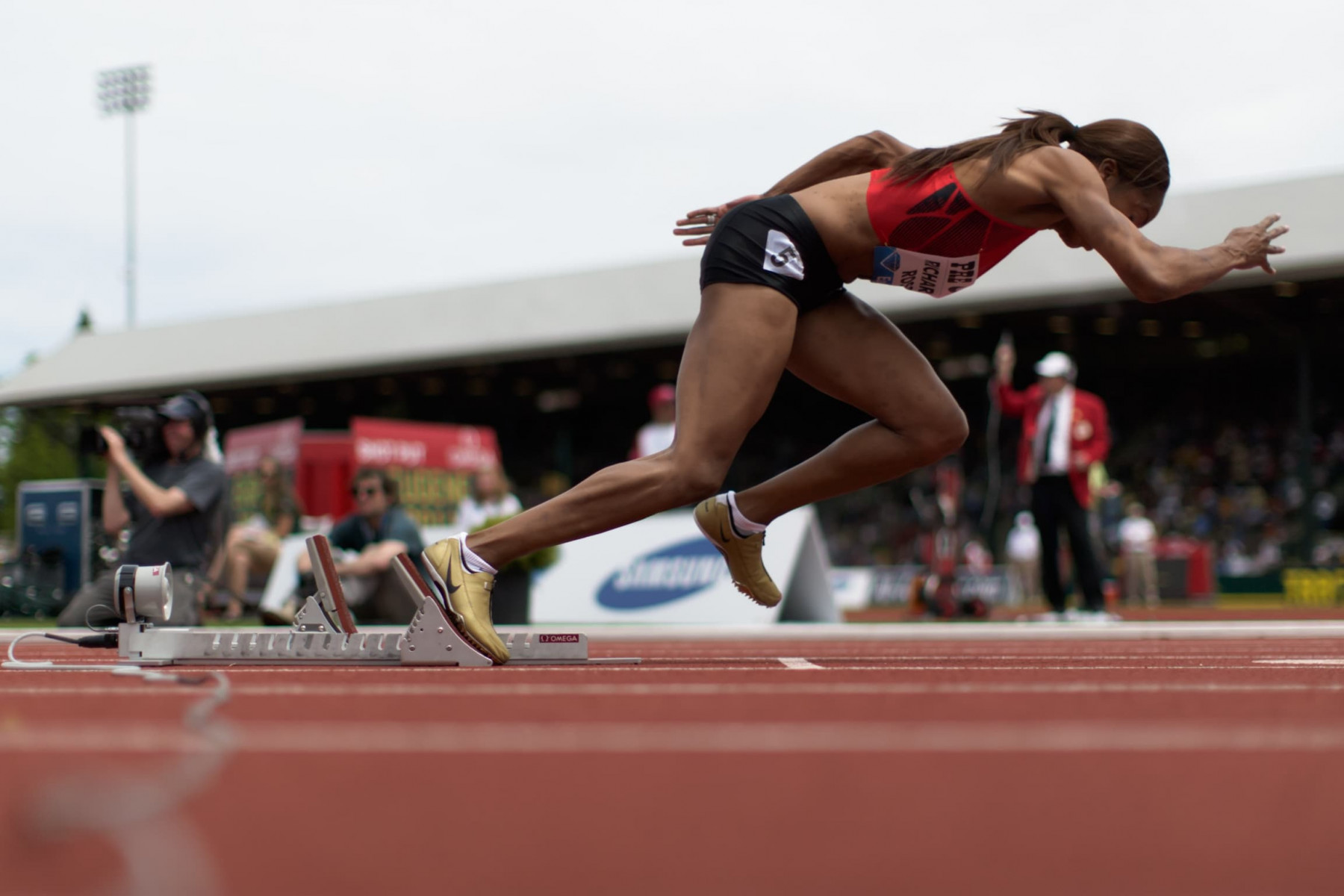 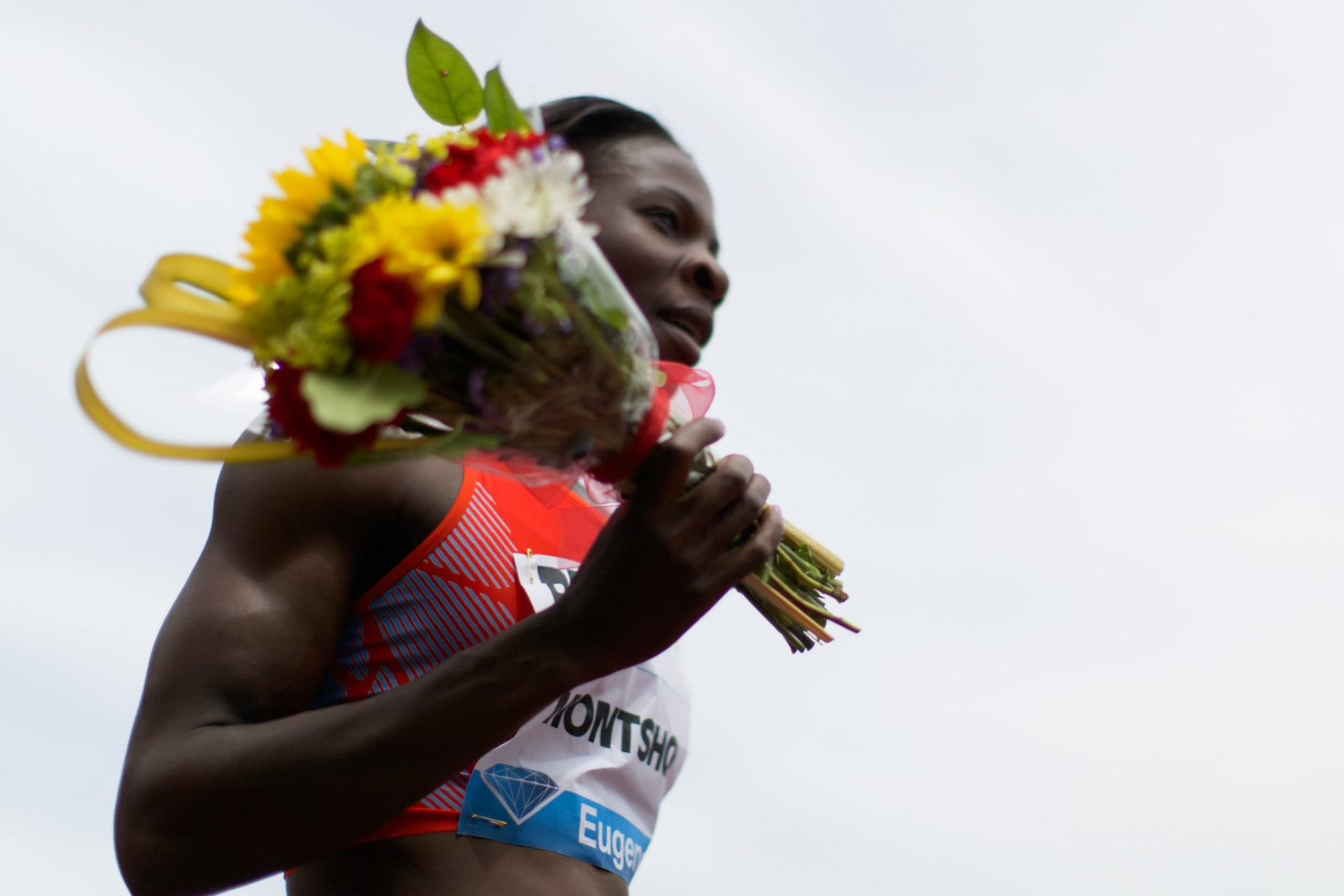 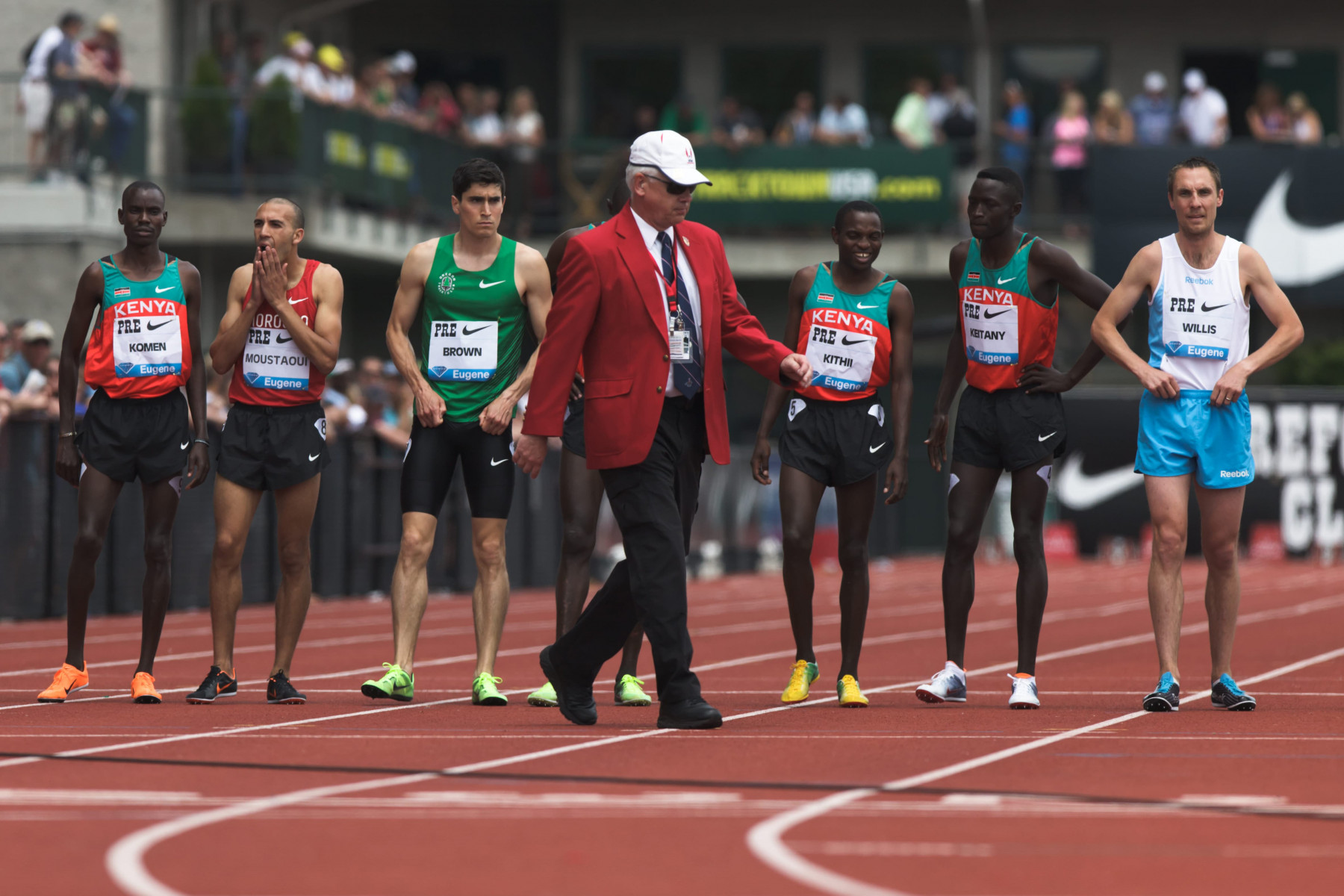 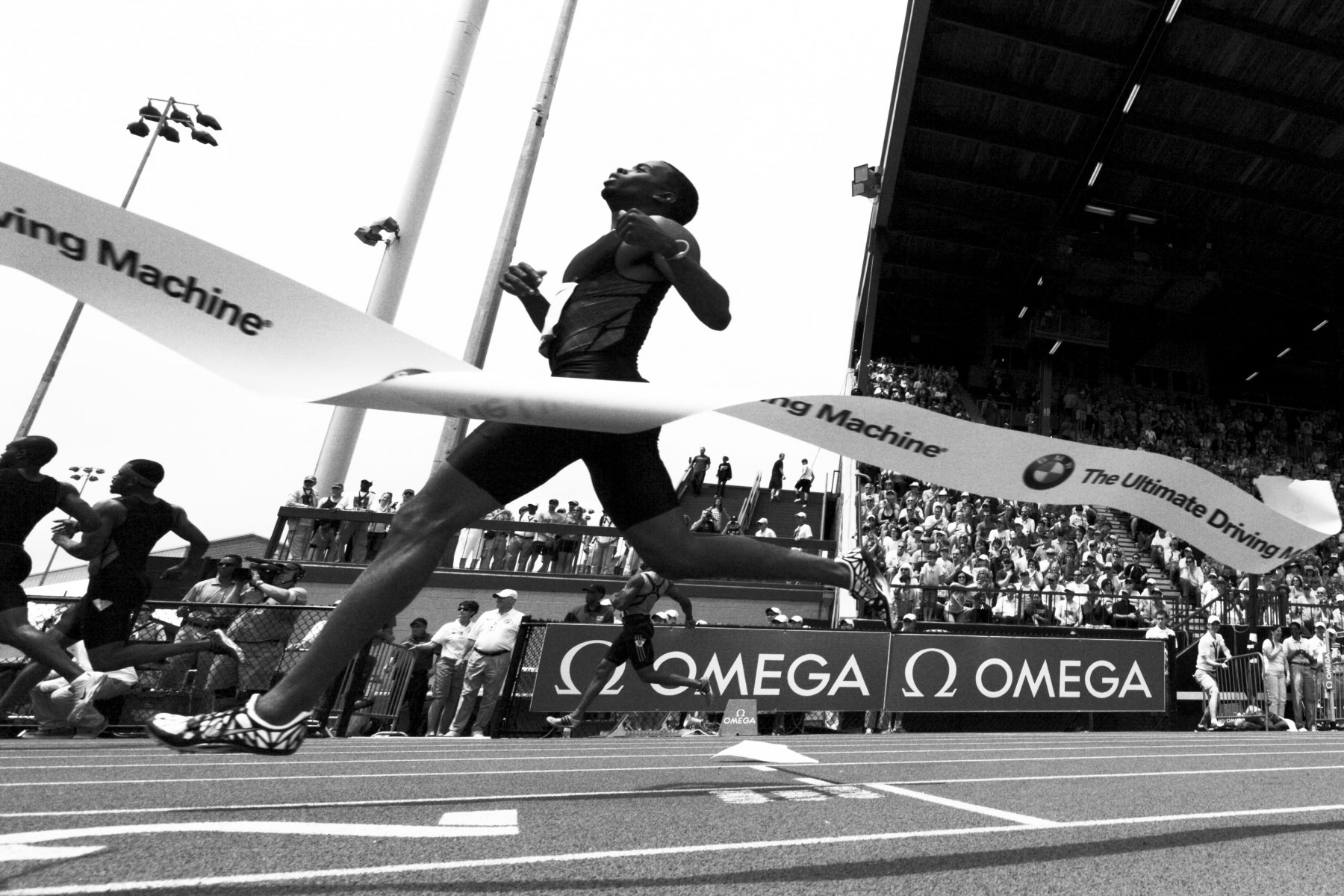 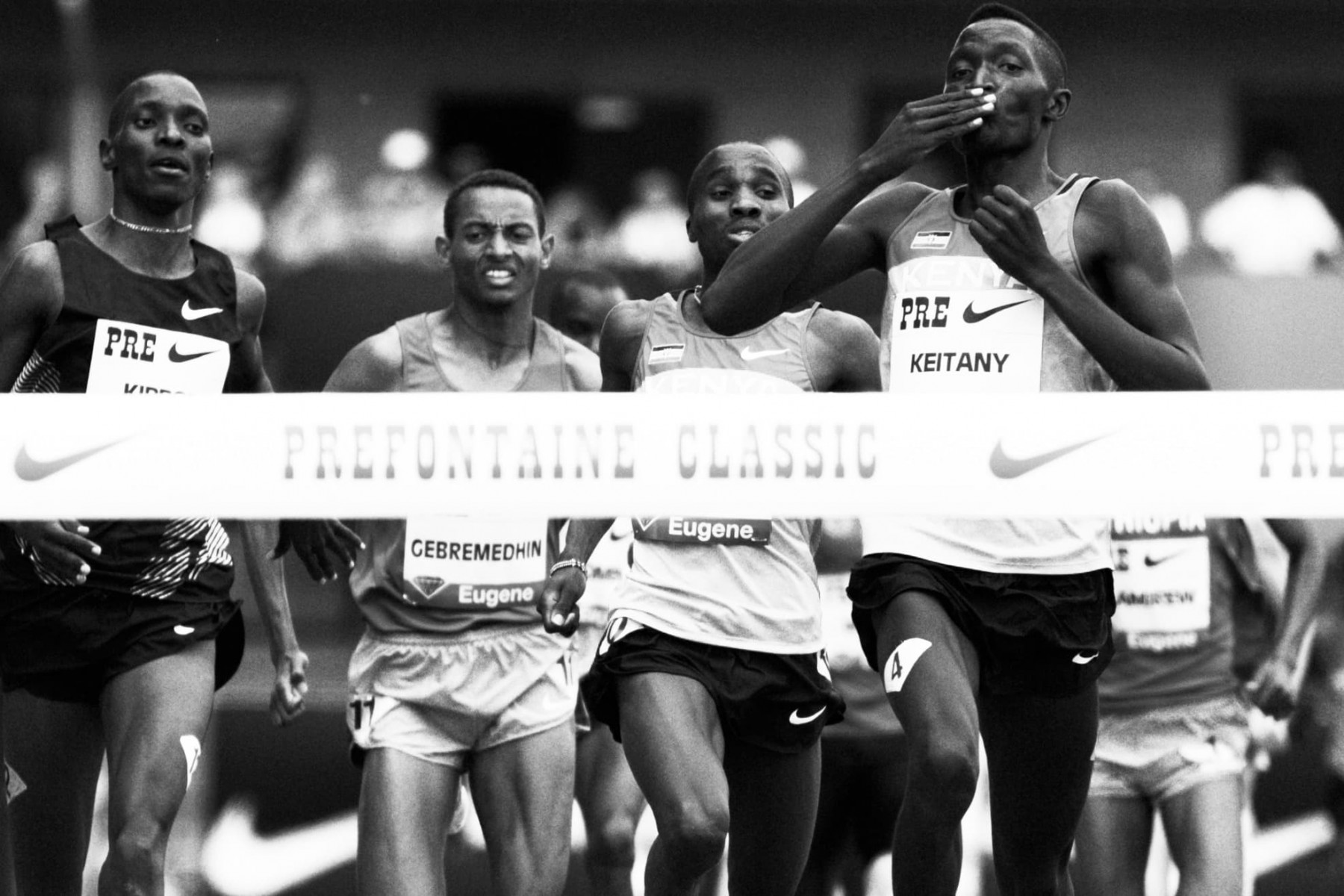 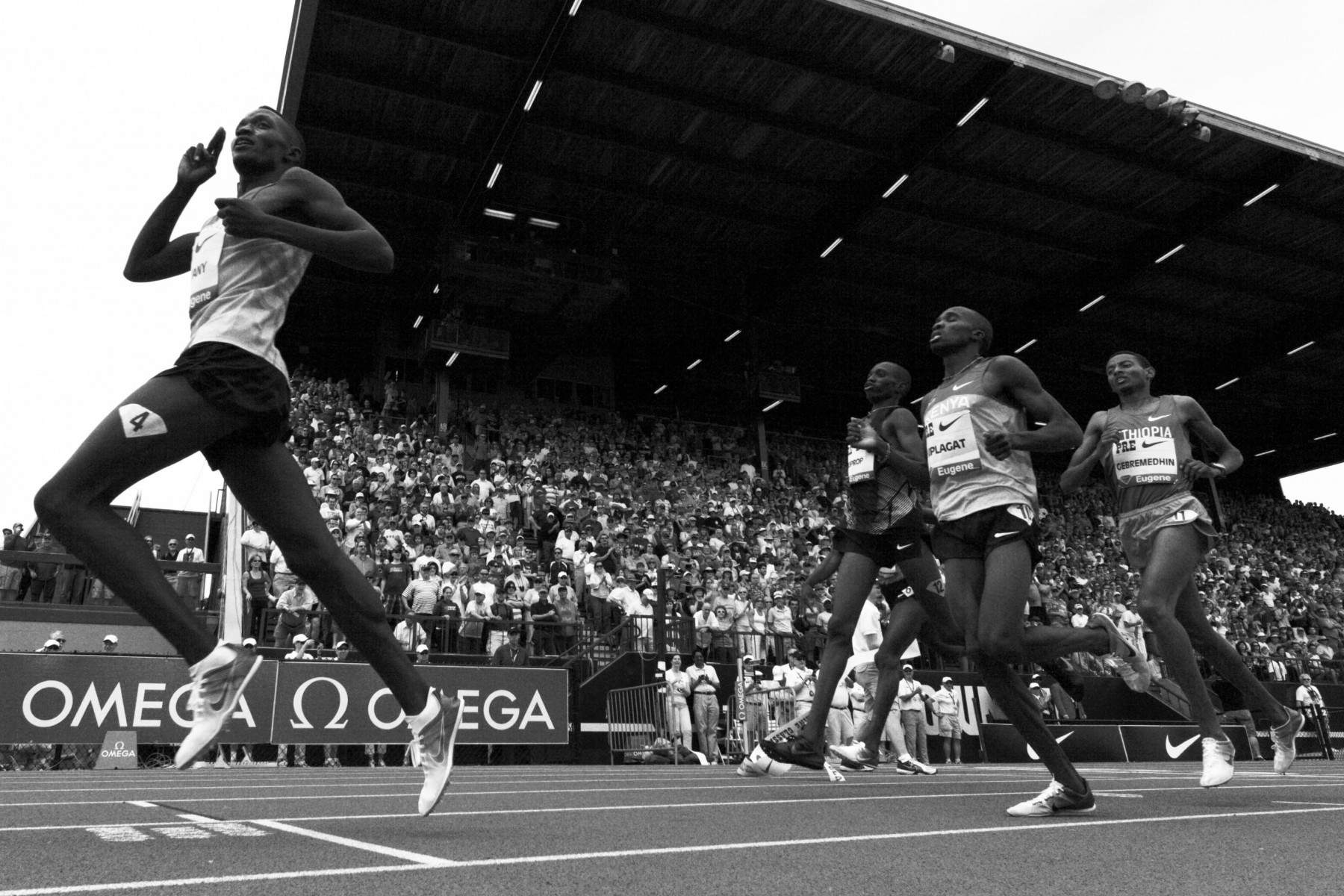 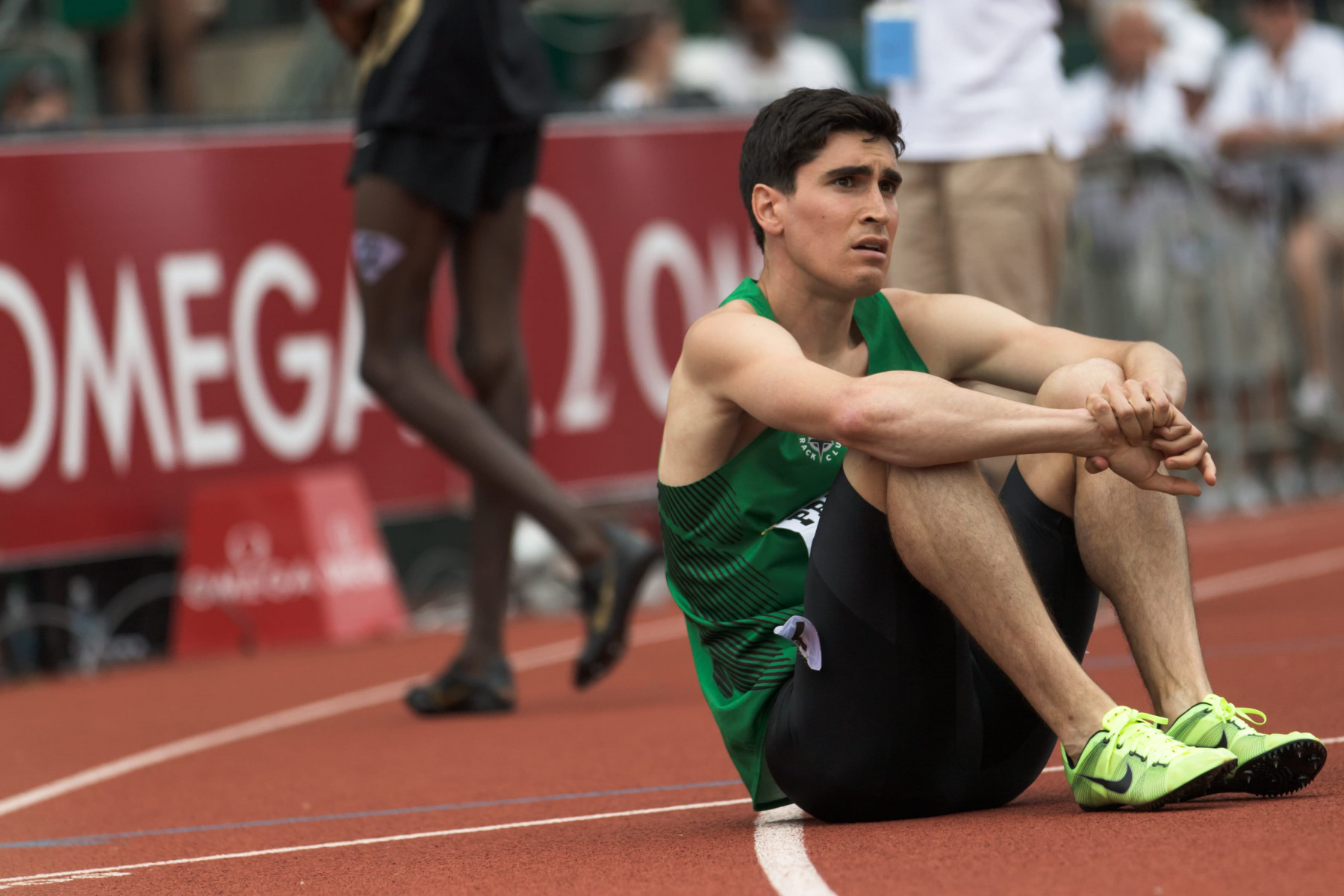 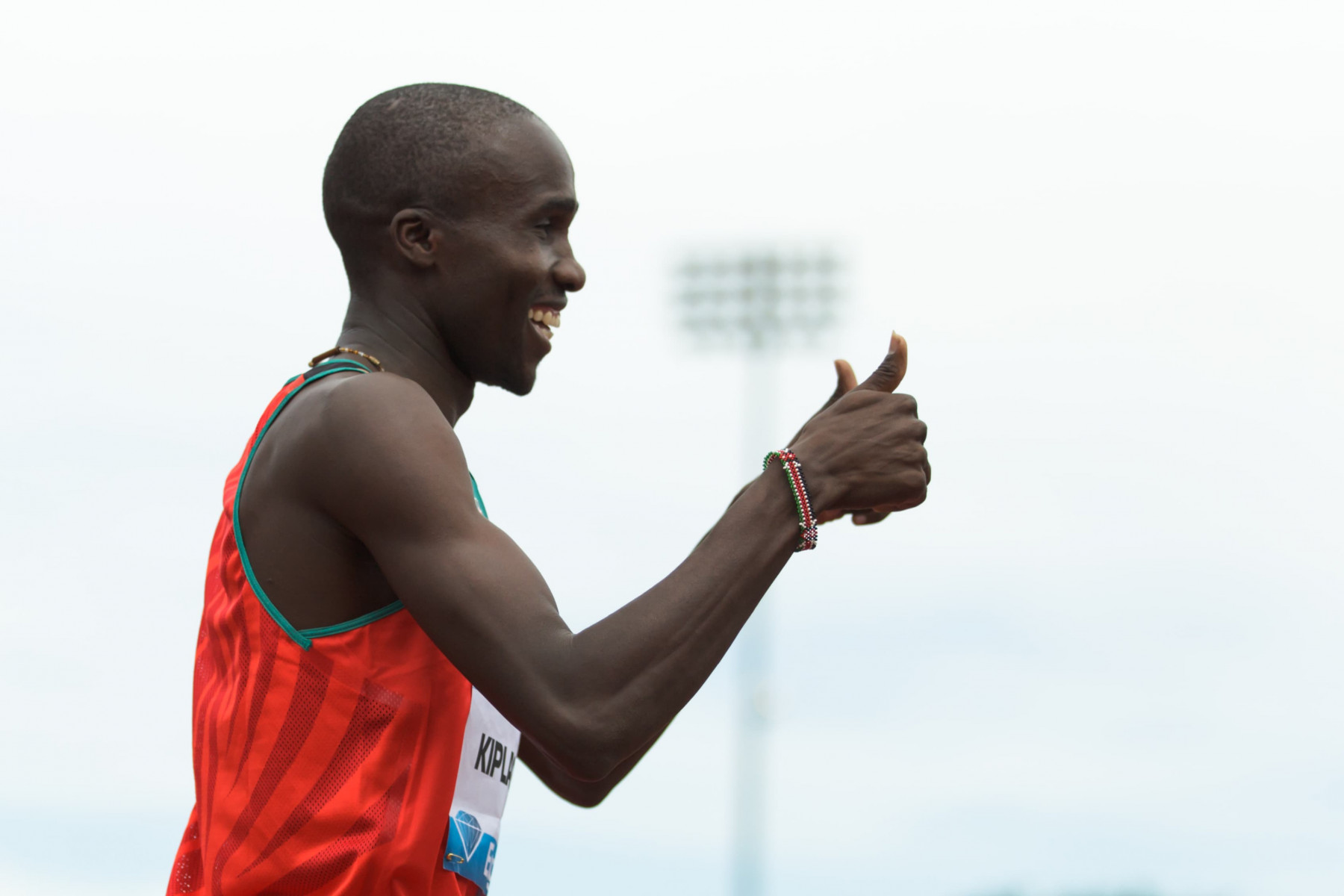